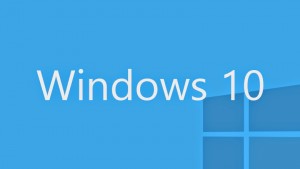 Windows 10 was released back in July 2015, and ever since it’s release our customers have asked our advice on whether it’s a good idea to upgrade or not. We in the office have been using Windows 10 since the first day of release, and have found it to be a worthwhile upgrade overall.  Many of our customers have upgraded their computers to Windows 10 either themselves, or have had ISCAdigital assist with the upgrade – and although there have been a few issues with a handful of the upgrades, we have managed to rectify the problems we have encountered. 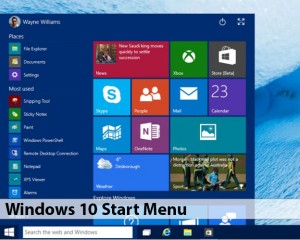 One of the key differences with Windows 10 that most customers are keen on, is the return of the Start Menu that was present in Windows XP, Vista, and 7 but was dropped for a tab-style ‘Start Screen’ in Windows 8. The new Start Menu in Windows 10 incorporates the traditional Start Menu from pre-Windows 8, with larger customisable ‘tabs’ attached to the right hand side of the menu.

The tabs were always useful for those with a touchscreen computer, but the Start Screen of Windows 8 felt much less familiar to users used to the original start menu style of Windows 7 and before. The new start menu in Windows 10 brings the best of both worlds, easily used by those who prefer the old method of menu, and those who like to use the tabs (either because they have become used to using them as a user of Windows 8, or simply because they make app-selection easier with a touchscreen computer).

Although there are obviously other differences between Windows 10 and previous versions, the Start Menu is by far the biggest change between Windows 8 and 10. Those users who have never used Windows 8 and are upgrading from Windows 7 will probably notice less of a difference than those upgrading from Windows 8. Graphically it also looks a little more ‘modern’.

Windows 10 is currently a free upgrade to anyone who has Windows 7 or 8, and will remain so until July 29th 2016 (at which point anyone wishing to upgrade that hasn’t already done so will have to pay to upgrade). The upgrade can also be reverted back to your original version of Windows if it does not work as planned or if you simply do not like the upgrade. This can be done up to 30 days after you upgrade.

With the above points in mind, we would say that it is a worthwhile upgrade to keep you as up-to-date as possible. And as usual we offer to assist with the upgrade for anyone who feels they could do with a helping hand. We are also able to assist with problems encountered by those who have already upgraded to Windows 10.

It is also worth bearing in mind that although we have experienced issues with a few Windows 10 upgrades, we still encounter problems with all previous versions of Windows too. But that is what ISCAdigital are here for! So whether your problem is with Windows 10 or an earlier version, or even a non Windows machine- come in and see us and we will do all we can to help.